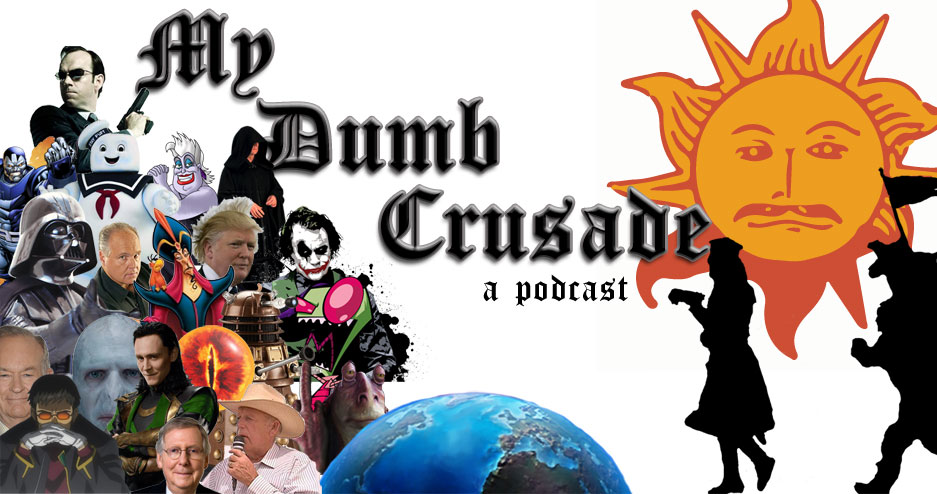 My good friend and future co-host AJ wrote this in response to someone saying in his FB feed, “We’ve survived the clowns we’ve had the last 16 years…we’ll be fine.”

Let’s go through this line-by-line, shall we? Let’s also forget the fact that these people GAVE THE MOST MONEY TO TRUMP DURING THE CAMPAIGN EITHER DIRECTLY TO HIM OR THROUGH PACs.

Exxon prick – an adorable little multi-national company who posted the largest profit earnings in the history of capitalism about a month after it won its suit against the state of Alaska to NOT pay for the economic and environmental devastation that was the Exxon Valdez spill. Oh, and just a teensy tiny bit of lobbying in 50+ countries on 6 continents. No worries there! Then there’s something about a 500 billion dollar deal Exxon had with Russia that was nixed because we sanctioned Russia for that pesky annexation of Crimea. I hear them sanctions are gonna be overturned on January 18. Quick, my loving Trump supporters, close your eyes! There’s no fucking pay-to-play here! None. Whatsoever. Promise. Zero conflict of interest with this Cabinet pick.

For months, Hillary Clinton was lambasted for speaking to Goldman Sachs people as ”proof” that she was bought by Wall Street and big banks. Funny how Stephen Bannon and Mnuchin were actually employed at the executive level with the ever so prestigious too-big-to-fail-firm in 2006 and then bailed from Sachs just before the housing bubble burst. Oh yeah, and Mnuchin headed up a firm that worked the other side of the housing crisis that quickly foreclosed on the same houses he simultaneously bet for AND against while at Sachs. Bannon and Mnuchin are just 2 of the people directly responsible for the strategies that caused our economic collapse. And they personally made an absolute killing from it. So just to be clear, my Donald J. Trump loving friends. You called out Hillary for talking to Goldman Sachs guys. Trump is putting them in his fucking Cabinet. [Editor’s note: we’re up to 6 appointments of former Goldman Sachs execs] No hypocrisy there! None. Whatsoever. Promise.
The Labor Secretary pick, Andrew Puzder- Secretary of labour, is anti-minimum wage, anti-union, anti-ACA, anti-regulation of businesses on any governmental level (except for corporate welfare in the form of earned income tax credit) and super pro trickle-down-economics-via-rich-people-tax-cuts retarded. Funny his cute little manifesto written in 2014 would benefit him personally as a Fast Food exec but not help any of his actual workers. Imagine that, someone at Labor so unconcerned with the working poor that he could literally kill them off with wage stagnation and zero health insurance AND MAKE A TON OF MONEY by setting policy. Quick, my loving Trump supporters, close your eyes! This dude is gonna help the average American worker. Promise! There’s no fucking pay-to-play here! None. Whatsoever. Swear to God.

Jeff Sessions for attorney general – as all of us know through science, ”gayness can be cured”. I like Alabamans. My mother-in-law, friends from school, all wonderful people whom I adore. But civil rights ain’t that state’s strong suit (nor is industry, education or race relations). And Jeff Sessions couldn’t love colored folks and gay folks more. As long as we convert to his version of Christian and stop being colored, everything will work out better for America. I’m not saying that every Cabinet pick that has the full throated support of white supremacists is bad. I’m just saying that Sessions is a bigoted prick.

Lemme skip Commerce real quick because bankruptcy buying isn’t my thing. I mean, it’s Wilbur Ross’s thing. But not mine.

Betsy DeVos the Educated. Every time I read her name I want her to show me the purse around her neck that holds some of her fingers that King Stannis took off. Anyway, this billionaire has actually stated publicly that she would like to see the Department of Education abolished. I want everyone to be clear about this. The proposed Secretary of an agency wants to dismantle the actual agency. Oh, and use all public education tax dollars for vouchers. What could go wrong? You know what would be HILARIOUS? Seeing her dreams come true shutting down all those poorly performing schools in the urban areas she so hates and then having all those kids show up in suburbia private schools en masse. In lieu of this, we can all be like Michigan and ensure that the colored kids go to a lower performing charter school than the white kids. The only difference between our current modeling of school district segregation and Betsy’s? Someone is making a f’in profit. Thanks Betsy! You’re a true philanthropist! Oh, and the charter schools she’s such a proponent of aren’t held to the same standards of transparency other public schools have to abide. But hey! Semi-private schools with federal funds and vouchers to everyone! Huzzah!

I’m not saying Michigan has the worst charter schools in the country. Her ideas on distance learning does present some great opportunity. The only problem is that the children who could benefit from an idea like this the most (read: poor urban and poor rural area children) may not have the fundamentals to avail of that innovative idea (read: no broadband internet access, no computer, home environments that are not conducive to learning, no foundational self-study habits if you start that off from an early age). What’s most troubling is that there is little to no understanding of the social impacts of a huge swath of a young population being essentially home schooled. Cuz we all know a few somewhat socially awkward folks that were home schooled.

But wait there’s more. Act now and get Triple H and John Cena to blow Stone Cold Steve Bionic Redneck for your Sports Entertainment pleasure. That’s right, folks. The prize for single most amount of money given to the Trump campaign by a nominated Cabinet member is Linda McMahon.

Wrasslin’ internet nerds have known this for almost 20 years. The WWF gutted regional promotions for decades to become the powerhouse that it is. And make zero mistake about it, Linda didn’t do jack and squat until Vince and Vince Jr. took over the entirety of the South and Midwest local wrestling promotions. By then, all she had to do was cover up doping scandals, cocaine/heroin/speed/meth/alcohol abuse, sexual harassment, violent homosexual predation, spousal abuse, child abuse and deaths directly related to the WWF’s stellar work environment. Oh yeah and a monopoly! Sorry WCW.

She’s a fucking superb choice for leading small business. She can show small businesses around the country how to grow into great successes! She’ll teach them how to mercilessly exploit their workers physically/emotionally/financially by not paying them health insurance (don’t worry folks! Trump will repeal the ACA with something better! Promise!). She’ll teach small businesses how to bust a union before one gets started (she did ensure that her most famous talent didn’t join with the regular jobbers to form a union. That wasn’t an issue for decades. Promise!). She can learn ’em how to force competition into bankruptcy by purchasing the supplies used by competition and then being a middle man to f them over. (see how the WWF used to rent venues traditionally used by smaller promotions and then just price them out. Or how they ensured local tv stations refrain from broadcasting competition. Solid business ethics!)

Yup. She knows small businesses and how to destroy them. Good job Linda! You’re the best of the worst! WWE Network WWE Fans WWE SmackDown Live

Let’s play Tejas Jeopardy – What can be said about Rick Perry that hasn’t been said about a sock with down syndrome. This clown just takes slow witted to a special Texas level. Of the 3 agencies he wants to abolish… well let’s just say he couldn’t remember all 3. Here’s a hint for Rick Perry, the 3rd one is still one of the ones you wanna abolish, and you’ve been hand-selected to head up that agency. [Editor’s note: Not that this makes the situation any better but it’s highly likely Perry had no idea what DoE did at the time he forgot who it was he wanted to eliminate]

Jesus f’in God, United States Senate, do your job. I have never even HEARD of so many cabinet picks whose baseline feelings are the antithesis of the mission of the agencies for which they are being asked to lead. If Trump picked Bob Dylan to lead the DoD, that might balance it out.